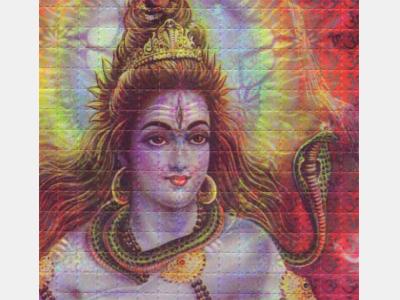 What is LSD?
LSD caps
LSD is purchased in caps, and only a small amount is required for the effects to take root.
LSD is an illegal, semi-synthetic drug that combines natural and man-made substances. It is derived from ergot, a fungus that grows on certain grains, and a non-organic chemical called diethylamide.

It stimulates serotonin production in the cortex and deep structures of the brain, by activating serotonin receptors.

These receptors help visualize and interpret the real world. The additional serotonin allows more stimuli to be processed that usual. Normally, the brain filters out irrelevant stimuli, but with LSD this is not the case.

This overstimulation causes changes in thought, attention, perceptions, and emotions.These alterations appear as hallucinations. Sensations seem real, but they are created by the mind.

The perceptions can involve one or more of the five senses. It can also cause blending of the senses, known as synesthesia. People report “hearing” colors and “seeing” sounds.

Users of LSD talk about good or bad “trips,” or experiences.

LSD can trigger a range of perceptual changes, often relating to vision, touch, emotions and thinking.

Visual effects include brightened, vivid colors, blurred vision, distorted shapes and colors of objects and faces, and halos of light.

Changes related to touch include shaking, pressure, and lightheadedness.

Mood changes can lead to a sense of euphoria, bliss, peacefulness, dreaminess, and heightened awareness, or despair, anxiety, and confusion. There may be rapid mood swings.

Impact on thinking can lead to a distorted perception of time, either fast or slow, accelerated thoughts, unusual insight or terrifying thoughts, and a sense of transcendence.

LSD is colorless and odorless. A very small amount, equivalent to two grains of salt, is sufficient to produce the drug’s effects.

The onset of hallucinations occurs within 60 minutes, and it can last from 6 to 12 hours.

Physical stimulation resulting from LSD use causes the pupils to dilate, and blood pressure, heart rate, and temperature to rise.

Other short-term effects include:

However, it primarily affects the mind with visual distortions and sensory hallucinations and illusions.

The danger lies in the unpredictability of the “trip.” The potency of the drug is unreliable, and individuals react differently to it.

The user’s mindset, surroundings, stress level, expectations, thoughts, and mood at the time the drug is taken, strongly influence the effects of the drug.

Effects can include feelings of well-being, a perception of being outside one’s body, an enhanced insight towards creativity, problem-solving, discovering a purpose, and mystical experiences.

A “bad trip,” on the other hand, is like a living nightmare. It is similar to psychosis, and the person cannot escape from it. There may be extreme fear, paranoia, a separation from self, and the person may believe that they are dying or in hell.

It can also trigger panic attacks, psychotic episodes, disturbing anxiety, paranoia, pain, and a feeling of dying or going insane.

Severe or life-threatening physical effects are only likely to occur at doses above 400 mcg, but the psychological effects can lead to unusual and risky behavior, potentially resulting in significant injury and death.

As users have no control over the purity of the drug, it is difficult to predict the effect on the body and the mind.

Tolerance, or a need to increase the dose to achieve the desired response, happens quickly. If a specific dose is taken every day for 3 consecutive days, by the third day no reaction will occur.

LSD is not physically addictive, so physical withdrawal symptoms do not occur after stopping use, but psychological addiction can develop.

One of the dangers is that LSD can trigger a long-term psychotic state or induce schizophrenia in susceptible individuals.

Flashbacks, also known as hallucinogen persisting perception disorder (HPPD), and severe disorientation can happen after only one dose.

The reasons for this are unknown.

Should LSD be reclassified?

The production and sale of LSD are illegal in many countries, but some people have called for it to be reclassified.They argue it could be useful for research purposes and for developing clinical applications.

In 2016, researchers proposed using single doses of the naturally occurring hallucinogen, psilocybin, alongside psychotherapy to reduce symptoms of anxiety and depression in patients with life-threatening cancer.

The 29 patients who took the dose experienced lower rates of depression and anxiety for up to 7 weeks, compared with a control group.

No serious cardiac or other adverse effects were observed in these patients, and none of the participants experienced prolonged psychosis or hallucinogen persisting perpetual disorder (HPPD).