Methylone (bk-MDMA) is a chemical drug which is very similar in structure to MDMA and has comparable effects. Methylone is a stimulant with a mild hallucinogenic effect.

Methylone is a chemical drug which is very similar in structure to MDMA and has comparable effects. Methylone is a stimulant with a mild hallucinogenic effect. Because it’s a relatively new substance it’s called a research chemical. It’s recommended to treat methylone with caution: because of its short existence not much research has been conducted and not much is known about long term effects or addiction rates.

Usually, methylone is offered as powder, but pills are in circulation as well. As with XTC, these tablets can differ in size, colour and strength.

Methylone was first synthesized in 1994 by the famous chemists Peyton Jacob III and Alexander Shulgin. Smartshops started to sell it under the name ‘Explosion’ in 2004. It was marketed as an air freshener, never as a stimulant. Methylone was sold in a solution along with a fragrance, ostensibly to freshen the air. The solution was offered in 5 cm long tubes with a screw cap. One tube was supposed to be enough for one dose.

The packing said ‘not for consumption’. It lacked any instructions concerning dosage, warnings and ‘what to do in case of an overdose’. Unsurprisingly, this situation soon came to an end. Since 2005 methylone falls under the Medicines Act, which means in the Netherlands it’s prohibited to sell the substance in an ordinary shop. Oddly enough, methylone is not in the Dutch Opium Act. In New Zealand the substance has shortly been available in shops as well, from November 2005 till April 2006, when it was banned as well.

In the Netherlands methylone doesn’t fall under the Opium Act, but under the Medicines Act. At the same time it’s not officially registered as a medicine. Therefore a general practitioner cannot prescribe methylone and it’s only possible to obtain the substance illegally. As methylone is in the Medicines Act other sanctions apply for trading than for drug trafficking. Illicit trafficking in medicines may lead up to a maximum of six years imprisonment, whereas illegal trafficking in substances on the Opium act – e.g. MDMA – can lead up to a maximum of twelve years imprisonment. The status of methylone differs per country. In the United States, for example, it is on the Opium List and in Canada it isn’t. The Canadian authorities do not even consider it a medicine, which means the substance is still legal over there.

As mentioned earlier methylone is similar to MDMA in both structure and functioning. See the picture on the right for structures of different stimulants. The left structures from the top down: amphetamine, methylamphetamine and methcatione. The right structures from top to bottom: MDA, MDMA and methylone. As you can see the only difference with MDMA is an oxygen atom. The effect of a substance depends mainly on the extent to which it binds to certain receptors in the brain.

In vitro research (carried out in test tubes) shows that methylone acts like MDMA regarding the release of dopamine and noradrenaline in the brain. However, the amount of serotonin released by methylone is just one third of what is released by MDMA. Moreover, methylone binds 13 times worse to the vesicular monoamine transporter 2 than MDMA. This is a protein that transports serotonin, dopamine and noradrenaline out of the brain cells. MDMA thus inhibits this process much stronger than methylone does. Monoamine transporters that take the same substances back into the cells exist as well. Methylone influences both processes in a more balanced way than MDMA. Therefore methylone will leave you with a clearer head than MDMA.

The effects of MDMA and methylone are similar, but there are clear differences as well:

As less serotonin is consumed and the effects last shorter, the dip of methylone is usually less severe than that of MDMA. However, extra dopamine and serotonin are released during the trip, which create euphoric and energetic feelings. By using these ‘happiness substances’ all at once, usually a dip occurs afterwards, when the brain has to deal with low dopamine and serotonin levels.

If you add 0.5 mg melatonin to After-E you will sleep more easy and you will recover faster. Melatonin is a good brain protector as well. Furthermore magnesium supplements are recommended to decrease potential cramping. Do you want to do it completely right? Start taking L-tryptophan daily one week before you take methylone. This will help your body to produce sufficient amounts of serotonin. During the methylone trip you will have enough in stock, which makes your experience more pleasurable and it reduces the hangover afterwards. At last, Vitamin C-, E- and B-complex are recommended to combat oxidative stress.

In fact, eating healthy is the most effective way to prevent a hangover: nutrients are better absorbed from food than from supplements. Especially fruits and vegetables contain lots of antioxidants: blueberries, raspberries, strawberries, broccoli and kiwi are rich sources of antioxidants. Obviously, it’s not always easy to consume these foods after using a stimulant. A fresh juice or smoothie may be a nice alternative.

Unfortunately, your body will probably call for fatty and sugary foods after a night of partying. Realise your body requests these because of a deficit in certain neurotransmitters: that’s why you experience a dip. Comfort foods will cause short term satisfaction, though in the long run they won’t restore the balance. On the contrary: they just create extra toxins that your body has to process, which will make the dip last even longer. That’s why you’d better not listen to your body after taking a stimulant, but use your common sense in order to make the right choice with regard to nutrition. In this way the balance is restored quickly.

It’s possible to overdose on methylone. In 2012 three fatal accidents with methylone were reported. Be aware of the risks and never swallow unidentified pills that you don’t know the dosage of. Preferably let your pills or powder be tested in a recognised laboratory. You can find how this works in the Netherlands. Or purchase an EZ-test for bathing salts at Azarius. This test will show you what substances you are dealing with.

Do realise that methylone is a so-caled ‘research chemical’, which means very little research has been done on this substance so far. The Pubmed database contains no more than 88 publications on methylone. To compare: on MDMA 4000 articles can be found. This is a huge difference. Although methylone is similar to MDMA, a small difference in structure can turn out largely different in interaction with the body.

Especially the long term effects of methylone are widely unknown. It’s shown that MDMA can damage the brain when used frequently. [4] Due to their similar mechanism of action, it’s not unlikely that frequent use of methylone will result in brain damage too. The non-profit drug information organisation Unity advises to not take MDMA more than once every eight weeks. It’s recommended to use the same guideline for methylone.

MDMA can result in an overdose as well, which first manifests as an increase in body temperature. Especially when combined with exercise – like prolonged intensive dancing in a warm place – overheating and dehydration may occur. Which in turn could result in organ failure and can be fatal. It’s likely the same risk applies for methylone. To reduce the risk of overheating, it’s recommended to drink enough water. However, never drink more than two glasses per hour: too much water will result in a water intoxication, which can be equally fatal.

Furthermore, empirical research shows that methylone is mentally addictive. This means that some don’t enjoy their evenings without it anymore and need to use it every weekend in order to prevent restlessness. There are no reports of physical addiction to methylone yet, but we shouldn’t jump into conclusions here. GHB used to be a ‘new drug’ twenty years ago and at that time no cases of physical addiction were known. Eventually, GHB proved to be very addictive.

Initially, methylone was developed as an antidepressant. Obviously, it wasn’t suitable to combat depression. Even though the user feels great while using the substance, this is followed by a dip quickly afterwards, which in some cases triggers a depressive episode.

In the 70s many experiments took place on the use of MDMA in psychotherapy. Under influence of MDMA a client would talk easier about emotions and thus would be better able to deal with the past. MDMA therefore appears to be effective in the treatment of posttraumatic stress disorder. When the toxic effects of MDMA became more clear, its use in psychotherapy was prohibited.

Currently newly approved studies take place into the beneficial effects of MDMA within a psychotherapeutic trajectory. At 23 February and 8 March 2008 twelve terminal cancer patients with untreatable fear of dying were administered a dose of MDMA by dr. John Halpern. Likewise there have been studies into the effects of MDMA on posttraumatic stress disorders. People treated with MDMA improved significantly better than a control group.

It might be that methylone can be used in a similar way to help psychiatric patients cope with traumas. The advantage of methylone over MDMA is that the client remains more approachable and is better able to concentrate. One doesn’t sink into emotions completely, but remains able to think logically.

Due to the fact that methylone is a research chemical, virtually nothing is known about possible combinations. Combination with any other substances is therefore discouraged. This also holds for combination with alcohol.

Caution! Every person is different. So be careful when you first start using a new substance. It may be that you tolerate less than you would expect. Good experience with MDMA doesn’t mean you will respond well to methylone. Conversely the same applies. Always start with a low dose and see what it does to you.

Because methylone passes approximately the same metabolic system as MDMA, it’s likely that traces have disappeared from the blood after two or three days. Remember this applies for a single dose, and that every body has a different pace for processing and secreting substances. Rather be safe than sorry? For example because of a possible sweat test in Germany? Take into account seven days before all traces are gone.

Very little is known about possible contraindications. In case of pregnancy no single substance should be used, which applies to methylone as well. In general use of stimulants is discouraged in case of hypertension as they will raise the blood pressure even more. Furthermore it’s unwise to use methylone in case of heart conditions. When using MAO-inhibitors, for example as antidepressant, a substance like methylone could even be life-threatening. 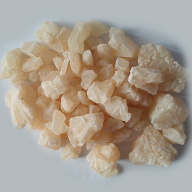